10 Celebrities with Natural Hair You Need to Know 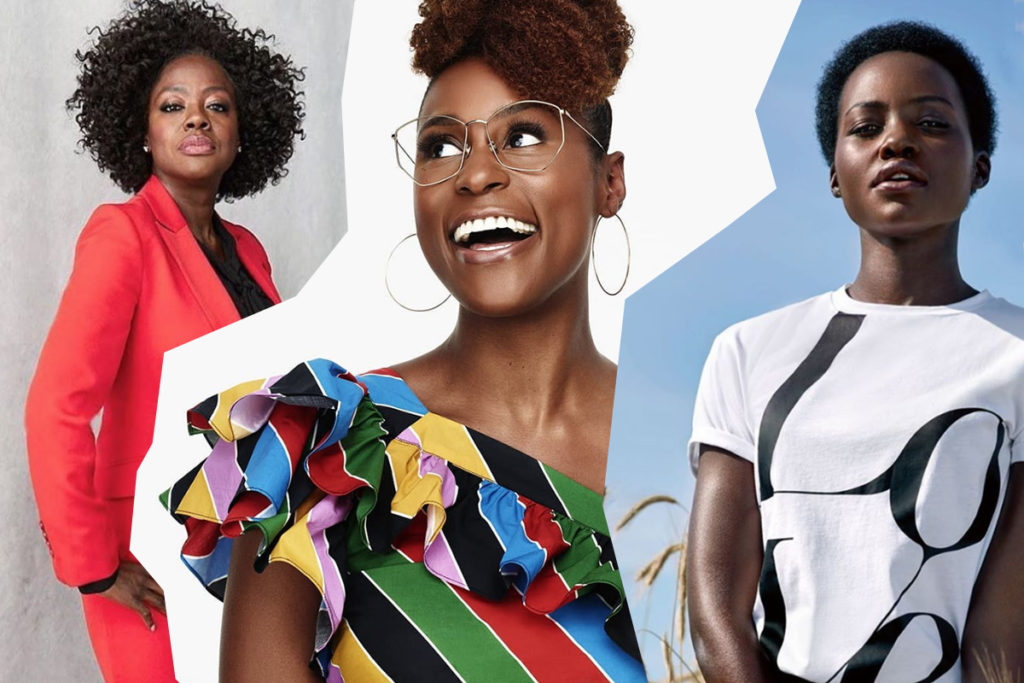 In the world of entertainment, there is often a great deal of pressure to conform, especially when it comes to Black hair. For some it’s as simple as a color change, however, for many black actresses and entertainers, there is an expectation to perm, or straighten or get sew-ins. This is especially true for women in film and television as it can be difficult to even get a role while dawning their natural hair. However, as more and more entertainers start to carve out their own space in their respective fields, natural hair is becoming more accepted and appreciated. We’ve made a list of a few natural entertainers who wear their crowns and are getting lots of love for it too!

Lupita Nyong’o is a Kenyan-Mexican actress famous for her roles in 12 Years a Slave,  Marvels’ The Black Panther and Us. She’s won a dozen awards for her acting prowess including the 2014 Academy Award for Best Supporting Actress and the BET Award for Best Actress for her role in 12 Years a Slave. Nyong’o will also make her writing debut with a book entitled Sulwe. Sulwe (Luo for “star”) is the story of a five-year-old Kenyan girl who has the darkest complexion in her family, for which Nyong’o drew upon her own childhood experiences. She also uses her influence to advocate for the upliftment of black beauty and the reclamation of beauty standards.

Dainelle Brooks is an American actress and singer. She is best known for her role as Tasha “Taystee” Jefferson on the Netflix original series Orange Is the New Black. She received a Tony Award nomination for her portrayal of Sofia in the 2015 Broadway production of The Color Purple.

Amanda Seals is a Grenadian- American actress, musician and comedian. In 2002 she appeared on Russell Simmons’ Def Poetry Jam. Seales became publicly known as “VJ Amanda Diva” on MTV2 Sucker Free Countdown. In 2016 she appeared in a recurring role on the HBO series Insecure, as Tiffany DuBois. Also in 2016, Seales began hosting her own show on truTV called Greatest Ever. Seals also hosts Bring the Funny, a comedy competition series on NBC. Seales hosts, alongside judges Kenan Thompson, Chrissy Teigen, and Jeff FoxworthyAround the time of her name change back to Seales she also began a career as a stand-up comedian. On January 26, 2019, HBO debuted her first stand-up comedy special I Be Knowin’. Seales graduated from Colombia University with an MFA in African American Studies and is very passionate about raising awareness and combating racial discrimination and bringing about women’s empowerment. Her podcast Small Doses tackles everyday problems and topics ranging from racism, to pop culture and everything in between. She brings humor in with intentional education to broach important topics in a new and hilarious way.

Uzo Aduba is a Nigerian-American actress.  She is known for her role as Suzanne “Crazy Eyes” Warren on the Netflix original series Orange Is the New Black, for which she won an Emmy Award for Outstanding Guest Actress in a Comedy Series in 2014, an Emmy Award for Outstanding Supporting Actress in a Drama Series in 2015, and two Screen Actors Guild Awards for Outstanding Performance by a Female Actor in a Comedy Series in 2014 and 2015. She is one of only two actors to win an Emmy Award in both the comedy and drama categories for the same role. She also plays Bismuth in the children’s cartoon Steven Universe. In June 2018, Aduba became Heifer International’s first-ever celebrity ambassador to Africa. Heifer International is a global nonprofit working to eradicate poverty and hunger through sustainable, values-based holistic community development.

Danai Gurira is a Zimbabwean- American actress and playwright becoming more and more popular for her action roles. She is most known for her role as Michonne in The Walking Dead and Okoye, a Wakandan general in the Marvel universe. In 2011, Gurira co-founded Almasi Arts, an organization dedicated to continuing arts education in Zimbabwe. Gurira currently serves as the Executive Artistic Director. In 2015, Gurira signed an open letter begun by the ONE Campaign. The letter was addressed to Angela Merkel and Nkosazana Dlamini-Zuma, urging them to focus on women as they serve as the head of the G7 in Germany and the AU in South Africa respectively. The following year, Gurira founded the non-profit organization Love Our Girls, which aims to highlight the issues and challenges that specifically affect women throughout the world.

Viola Davis is an American actress and producer. Having won an Academy Award, an Emmy Award, and two Tony Awards, she is the first black actress to achieve the Triple Crown of Acting. Time magazine named her one of the 100 most influential people in the world in 2012 and 2017.  In 2014, Davis began playing lawyer Annalise Keating in the ABC television drama series How to Get Away with Murder, and in 2015, she became the first black woman to win the Primetime Emmy Award for Outstanding Lead Actress in a Drama Series. In 2016, Davis played the role of Maxson in the film adaptation of Fences, winning the Academy Award for Best Supporting Actress. Alongside her husband Julius Tennon she’s created JuVee Productions, a multi-faceted production company “With an emphasis on producing narratives from a diverse range of emerging and established voices alike, JuVee Productions aims to become the go-to creative hub where the next generation of filmmakers and artists have the space to craft dynamic stories spanning the broad spectrum of humanity.”

Born Tracee Joy Silberstein in Los Angeles, California, she is the daughter of Motown singer/actress Diana Ross and music business manager Robert Ellis Silberstein. She is well known for various movie and television appearances. Ross’s gained a great deal of recognition for her lead role in the hit series Girlfriends in which she starred as the show’s main protagonist Joan Carol Clayton — a successful lawyer looking for love, challenges, and adventure. The series centered on four young African-American women, and their male best friend. In 2014, Ross was cast in the ABC comedy series, Black-ish, opposite Anthony Anderson. She plays the female lead role of Dr. Rainbow Johnson. Ross is also the founder and CEO of Pattern, a natural hair brand tailored to fit the needs of the spectrum of afro-centric hair types.

In 2014, Martin was cast opposite Anthony Anderson and Tracee Ellis Ross in the ABC comedy series Black-ish created by Kenya Barris. For her breakthrough role, Martin has received numerous awards and nominations, including three NAACP Image Awards for Outstanding Supporting Actress in a Comedy Series and a Young Artist Award. She has received six NAACP Image Awards nominations and two Screen Actors Guild Award for Outstanding Performance by an Ensemble in a Comedy Series nominations. In 2016, Martin made her film debut playing a leading role in the Amazon Studios’ original film An American Girl Story – Melody 1963: Love Has to Win set in Detroit during the Civil Rights Movement. In 2019, Martin starred in her first studio feature film, the comedy Little, for Universal Pictures. At the age of 13, she became executive producer of the film, making her the youngest person in Hollywood to ever produce a movie.

Issa Rae is an American actress, director, producer and web series creator. She first garnered attention for her work on the YouTube web series Awkward Black Girl. She subsequently gained further recognition for creating, co-writing, and starring in the HBO television series Insecure. For her acting work on Insecure, she has received two Golden Globe Award nominations for Best Actress – Television Series Musical or Comedy] and a Primetime Emmy Award nomination for Outstanding Lead Actress in a Comedy Series. Issa Rae has also used her platform to bring attention to police violence and brutality against people of color. Following the police shooting of Alton Sterling, Rae raised $700,000 for the Sterling Family Trust to help pay for the Sterling children to attend college.

Willow Smith is an American musician and actress. She is the daughter of actress-musician Jada Pinkett Smith and actor-musician Will Smith. She has two older brothers, actor/DJ Trey Smith, and actor-musician Jaden Smith. Smith and her brothers are youth ambassadors for Project Zambi, which provides assistance for Zambian children orphaned by AIDS. Her discography includes Ardipithecus (2015), The 1st (2017), and Willow (2019). Along with her mother and grandmother, Adrienne Banfield-Norris, Smith hosts Red Table Talk, a web television talk show. Despite being in an industry where new, ever-changing and extravagant hair is a norm, especially for female performers, Willow has stuck to her loc’d hair commitment.

So there you have it! 10 celebrities with natural hair you need to know. What do you think? Have anyone else in mind? Let us know in the comments!

Are you a hairstylist?

Update the business details of your existing listing or sign up for a new one.

Get your free listing 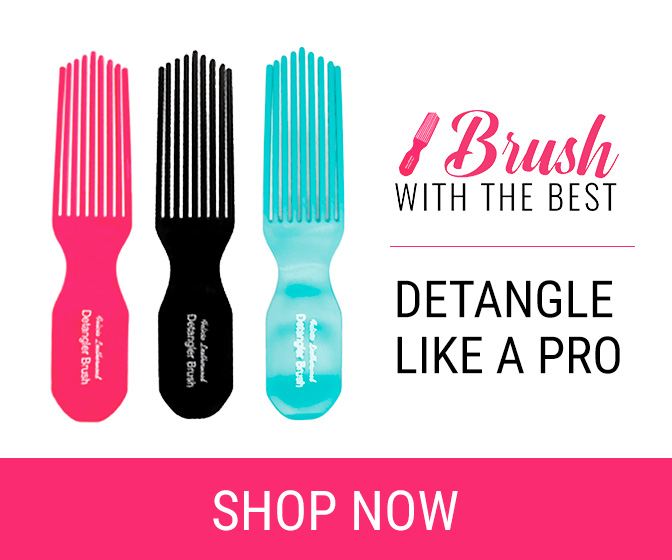 Get first pick on our website templates when they launch. Websites dedicated to hair care professionals with the right tools for success